An introduction to the notes on Confucian Software.

Software and the Sage

Among the many dissimilarities between software and gentlemen of the classical Chinese Spring and Autumn Period, two in particular stand out. One existed in a pre-scientific feudal society on an agricultural technological and economic base, and the other presupposes the scientific method and a modern (or post-modern) industrial base. Secondly, the concept of virtue or potency (德) is central to The Analects, but software artifacts are, in our day and age, non-sentient. Morality requires some degree of self-awareness – of consciousness – and so software does not itself practice virtue any more than a spoon or a lawnmower.

The immediate relevance, for a developer, of the Analects, are the two other grand concerns of Confucius, which are existential fundaments of software. These are names (名), and the rites (礼).

END_OF_DOCUMENT_TOKEN_TO_BE_REPLACED

Something has been bugging me about John Lanchester’s followup to his very clear and accessible overview of the banking crisis in the LRB. His second piece, Let’s Consider Kate, is rather less satisfying.

The central argument becomes an analogy between an example of household finances (Kate) and the operation of a large bank. Yet one of the great lessons of economics is that money and production behave differently at great scale. Take Keynes’ paradox of thrift: an individual will need to rein in spending in a time of reduced income to avoid penury, but when everyone in an economy including the government itself is doing it, it compounds the pain. The government, having a different relationship to money and inflation, can act to reduce the pain for everyone and return the economy to overall growth by enduring debt and stoking inflation in bad times (up to a point). Likewise Ricardo’s comparative advantage, likewise Milton Friedman’s points on the velocity of money and the role of inflation – they all operate at scale, not at the kitchen table. A large bank also operates at scale and is intimately connected to the creation of money – perhaps it might work a bit differently too. Isn’t this true of most great ideas – that they do not cleanly fit our folk intuitions?

The natural accompaniment of such puppet show characterization is a hand-waving oversimplification. So we colour in one-third of the banking system in dark colours and call it Other. It’s not that raising equity requirements to proposed Basel III levels, if that’s the suggestion, is even a bad idea. It’s that kitchen table economics doesn’t scale, any more than kitchen table physics scales to describe nuclear fusion inside the Sun; and we need something more sophisticated than kitchen table Financialism to fix it.

My whole point about this system is not that it is a misrepresentation of some Oriental essence — in which I do not for a moment believe — but that it operates, as representations usually do, for a purpose, according to a tendency, in a specific historical, intellectual, and even economic setting. — Edward W. Said, Orientalism 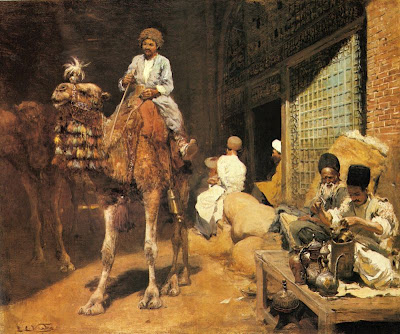